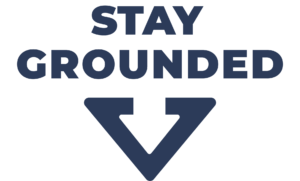 Flying is the mode of transport that is most damaging to the climate. Air traffic, however, has been increasing considerably. There is no alternative to reducing air traffic if we want to travel in a way that does not compromise the future of our grandchildren and people around the world.

Flying is still a privilege

A weekend trip to Barcelona? Or a long distance relationship in Paris? For the European middle and upper class, scenarios like these are no longer unusual. While less than 10 % of the world’s population has ever been on a plane, the consequences are mostly borne by less privileged others: neighbours of airport areas that are affected by the noise, health problems or relocation; ecosystems; future generations; and the population of the Global South that is already suffering the consequences of the climate crisis.

The illusion of “Green Flying”

Aviation is one of the sectors that cannot mitigate its ecological impacts through technological solutions within the next decades. Sustainable flying will remain an illusion. Other “solutions” promoted by the aviation industry and the United Nations – such as offsetting and biofuels – are extremely problematic and lead to violations of human rights and land grabbing. Furthermore, these strategies divert attention from the need to reduce the power of the highly subsidised aviation industry. Find here the brochure: The Illusion of Green Flying

It’s time to reflect on the normality of flying; we must promote “staying grounded” and environmentally friendly modes of mobility, such as night trains. Behaviour change needs to go along with an appropriate political framework: we can no longer accept that train tickets are more expensive than plane tickets and that there are no taxes on fuel for aircraft. Airports, airlines and the aircraft industry need to be held accountable instead of being subsidised. Also, the small number of frequent fliers can be targeted by implementing a progressive tax scheme. Apart from that, caps for flights and airport infrastructure need to be defined. Find here the position paper “Stay Grounded – 13 Steps for a Just Transport System and for Rapidly Reducing Aviation”

Within the Stay Grounded network we work for the reduction of air traffic on an Austrian as well as an international level. The network connects different initiatives and facilitates mutual support between groups, as well as providing information and raising public attention through direct action and media work. Stay Grounded has become an international key player with more than 110 member organisations and much more organisations that signed the position paper. The network emerged in 2016 when coordinating global action weeks at airports during the international conference of the ICAO (International Civil Aviation Organisation). The network went public officially with its own website in 2018.